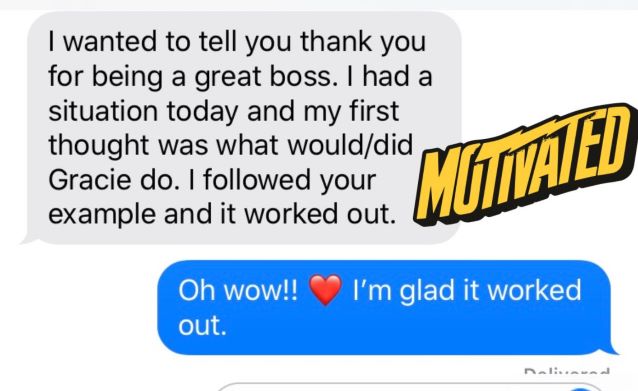 Someone recently described me as someone who “drives a hard bargain”. It was said as a compliment to my leadership ability. I chuckled. I appreciated the compliment. And honestly, it is true. I really do drive a hard bargain.

What does driving a hard bargain mean? According to Dictionary.com, it’s defined as “Be severe in negotiating a transaction, make an agreement to one’s advantage”. Oxford Dictionary, on the other hand, defines it as “be uncompromising in making a deal”.

The way I see it, I am not uncompromising in everything. I am a very strategic negotiator. I pick my battles very wisely. When I look at a situation, I can easily run scenarios in my head. How good am I going to win? How bad am I going to lose? And then, I ask myself, is it right or wrong? And, is it worth it?

As a leader, I do my best to stay in the middle but I am first and foremost loyal, to the business need. The business need is what keeps us employed. There’s so much at stake when we aren’t able to fulfill the business need. But the business needs cannot be met if there aren’t people doing the work. It is equally important to be able to figure out ways where the people’s needs are met while fulfilling the business need. It can be very challenging. I have to constantly strategize where readjustments and flexibilities can be made so it becomes a win/win situation. I believe in employer/employee give and take. I believe that in many ways, we can get what we need if we are willing to negotiate. And negotiating to me isn’t just about asking for what you want. It’s also laying down what you are willing to give. So yes, I drive a hard bargain.

As a parent, I teach my children how to negotiate. They are 6 and 10. And my 10 has Autism. But yes, in some form or fashion, they have learned what a win/win situation looks like with Mom.

We went to Walgreens once. Oliver saw a toy he wanted (as he always does). He asked me to buy it. It was $30! Of course I said no. He pouted and I reminded him that pouting doesn’t get him anywhere with me. I told him to cheer up and maybe when I have more money and he is a good boy, I might get it. Eventually he cheered up and as soon as we got home, he asked again. He asked, and asked, and asked. I still said no but decided to give him a timeframe. I said I will get it for him when I get paid (about a week out). The following day, I came home from work and he had his money jar out. He had counted his money! He came up with $30 and asked if he could get the toy with his money and I can just pay him back when I get paid. He got his toy that night and I didn’t have to pay for it until I got paid.

Aiden kept asking to go the store but he was throwing ‘fits’. He was practically demanding to “go outside”, “go H-E-B”. We refused to go while he was “in the mood”. We told him we weren’t going out until he calmed down. He kept asking and we kept telling him, “If you want to go, we can go but you will need to calm down first.” We got dressed to show him we were willing to take him out. And each time he came and demanded, we told him the same thing. Not long after, he calmed down, got himself dressed and sat beside us calmly. Off to the store we went.

Whether as a boss or as a parent, negotiating with me isn’t really difficult. You just have to know that I drive a hard bargain. Know that and be prepared to work with me on a win/win situation and it will be all right.